…And How My TMC Rescued Me

No one is exempt from the possibility of travel nightmares, not even those of us working in the travel industry like myself. Everyday we help people manage their travel woes, but we remain fairly insulated from the incredible stresses that a traveler can experience when things go wrong. So when it happens to one of us, it’s a great reminder of the real and tangible benefits you get from having a Travel Management Company like UNIGLOBE Travel Designers working for you.

Recently I experienced my own travel nightmare where everything that could go wrong, did go wrong, and without a TMC to help I would’ve missed out on an important business opportunity while helplessly stranded across the country. 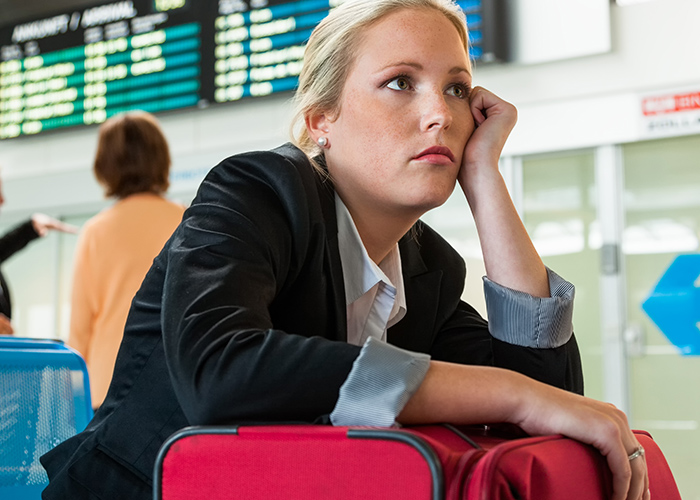 After a few days in Las Vegas for a conference I was set to head to Steubenville, OH for a business meeting the next day that had taken two months to set up. It is a daunting task to find a meeting date that works for 12 people and I knew there was no way in the world I could miss my meeting.

I was scheduled to fly to Pittsburgh by way of Atlanta and though other flights to Atlanta were getting delayed, they said ours was safe. But sure enough, after boarding and getting settled in, they announced the flight was now on a 2 ½ hour delay. Once we finally took off I went to connect to the wifi on the airline app and to my surprise my flight showed a schedule change that I needed to accept.

Now, worried about the previous delay and how this new development could affect the next day’s meeting, I immediately emailed my team member Lenny Sandine, but he was not able to access my flight.

My flight wasn’t showing that it was even available. It was as if it didn’t exist.

Soon the captain made the announcement that obliterated the months of precise planning- we were being diverted to Dallas Fort Worth.  This was a nightmare.  The airline app stopped working, my flight disappeared, and I had no clue what we needed to do.

Once in Dallas they made us clear the plane, but stay in the gate area for a flight back to Atlanta “that evening”. When we asked if we could get our luggage to fly back on a different airline, no one could give us an answer. This was a terrible sign. 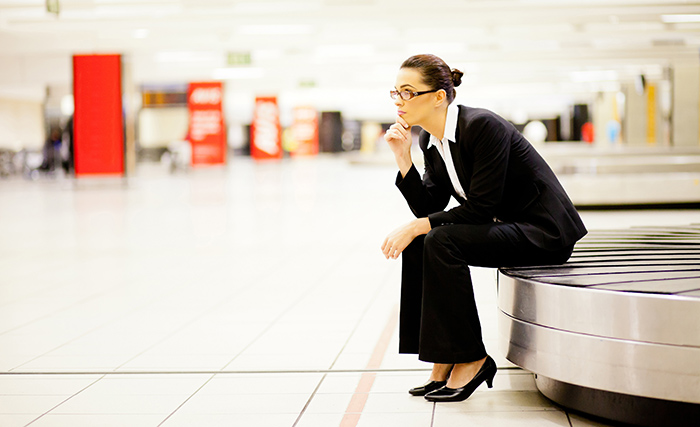 While the 198 other passengers hopelessly stood in line for answers or set up on the provided cots without their luggage or toiletries, waiting for the flight that still hadn’t been confirmed, I called Lenny who had already managed to arrange a flight for early the next morning. Within the hour the flight was confirmed and we were booked at the airport’s Grand Hyatt. We slept comfortably while the other passengers dealt with small cots and thin blankets at the airport.

Though we were rebooked, our luggage was still in limbo, but another call to UNIGLOBE got us quickly connected to an airline rep, who along with several people at UNIGLOBE, worked tirelessly to get our bags rerouted to Columbus as quickly as possible. Even when they insisted that they could only get my bag to Pittsburgh and I would have to drive up to retrieve it, the team once again got to work and pulled every string and contacted every partner to get my luggage safely back home.

Against the odds, I made it to the meeting and truly felt overwhelming gratitude to work with a team that can literally rescue you when everyone tells you it can’t be done.

Travel is stressful – flights are oversold, mechanical failures happen, and weather issues arise. But if I did not understand the value of working with a TMC and did not have a relationship with a TMC, I would still be in Dallas and my bag would be in Pittsburgh. 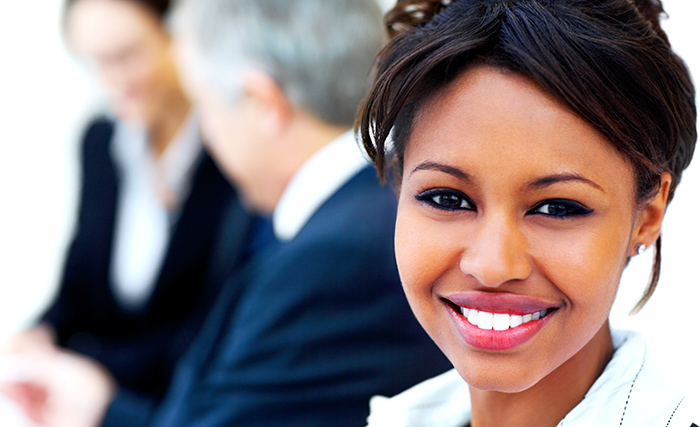 More importantly, I would have missed my business meeting if I didn’t have a team on my side who understand how to get people where they need to be in the most efficient way possible and are deeply motivated to make sure that traveler’s frustrations don’t turn into full-blown travel nightmares.

What was the biggest travel nightmare you’ve experienced and how did you get out of it? Tell us in the comments!